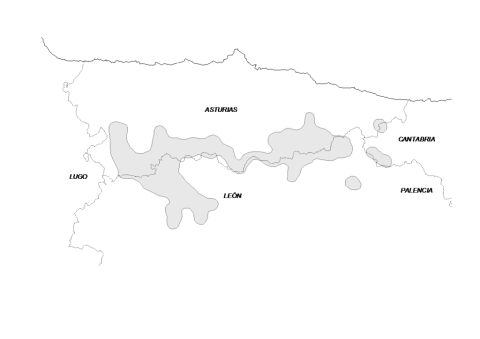 The capercaillie (Tetrao urogallus) is a forest bird of Palearctic boreal tetraonidae family, which is distributed from southwestern Europe to eastern Siberia. In recent decades, populations of most countries in which it operates have declined more or less severe, particularly pronounced in central and southern Europe.

Currently, the Cantabrian capercaillie is present almost exclusively in the autonomous regions of Asturias and Castilla y Leon. In Cantabria and Galicia, there are sporadic sightings, which must survive hidden in the traditional territories of these Autonomous Communities. At present we can consider that the range of the Cantabrian capercaillie is divided into two areas, East and West, separated by a large area with low population and confined to the northern slopes of the mountains: